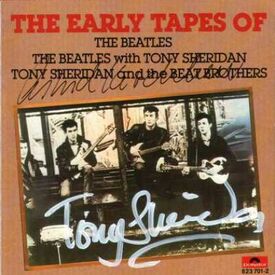 "My Bonnie" was a single released by The Beatles on January 5th, 1962. It was released by Polydor, and hit #48 on the charts, but remained on for only 1 week. This was only after they became famous. A version of "My Bonnie" is estimated to be worth 50 UK Pounds today.

The Beatles - My Bonnie