Beatlemania was what the quickly growing-obsession of the Fab Four was dubbed. The popularity was manifested by thousands of screaming, cheering fans that clogged the John F. Kennedy Airport in New York the day the band arrived. The pouplarity was manifsted in other ways such as Beatle wallpaper, Beatle candy, and Beatle clothes. Andi Lothian, a former Scottish music promoter, claims that he coined the term while speaking to a reporter at the Caird Hall Beatles concert that took place as part of the Beatles Mini-Tour of Scotland, on 7th October 1963, and an early printed use of the word is in The Daily Mirror 2 November 1963 in a news story about the previous day's Beatles concert in Cheltenham. Many fans across the world were known to have Beatlemania, which became common in the United States after The Beatles performed on The Ed Sullivan Show in 1964. 'Beatlemania' was characterised by intense levels of hysteria demonstrated by fans both at the actual concerts played by the band and during the band's arrivals and travels to and from locations.

"Mania" is a medical term denoting a state of extreme (and often uncaused or disproportionate to its cause) emotional high (the opposite of depression, which is the same for an emotional low; hence "manic depression", aka "moodswing", "cyclothymia" or "bipolar disorder", in which the two states alternate); hence "Beatlemania" and the various other "-mania"s are an apt use of the term, although strictly speaking "-mania" is nearly always an instance of hypomania, a less-intense form of mania. 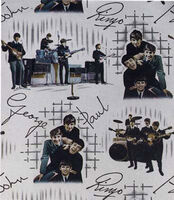 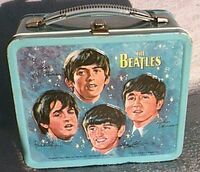